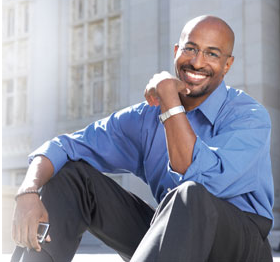 On January 26, 2011, I attended two talks led by Van Jones, founder of Green For All, in Rose Hills Theater and Edmunds Ballroom at Pomona College. A very inspiring and witty speaker, Mr. Van Jones introduced some of the challenges the country is facing in regards to our economic and environmental future. In the main talk in Edmunds, he asserted that we were in both environmental and economic peril and that there is no clear path in getting out. Environmentally, we face the challenge of global warming and an energy crisis while economically we are at risk for experiencing higher rates of unemployment. Given, he acknowledged there would be challenges to follow and a lot of experimentation, he suggests that we take the following five steps: invest in renewable energy, establish a green bank, defend the EPA, utilize energy resources on tribal lands through partnerships, and create a green enterprise zone. He brushed over the surface of each and I hoped that he would have explained his suggestions in a little bit more detail because I see problems with options three through five. 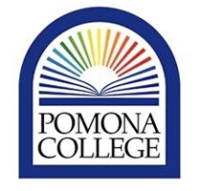 First of all, while the EPA is a great organization and has accomplished a lot since its creation, I feel that many parts of it, like all government agencies, have succumbed to corruption. In many cases, committee’s decisions have done more to hurt the environment (physical and social) by passing regulations that defend various offenders. Nevertheless, Van Jones sees the involvement of government and private investors as necessary as they can help supply our technologies and capital. I could go on about what think, however, if we are to defend them then they will have to admit to their mistakes and we will have to take greater measures to oversee the regulatory process. Also, we should make sure those we place into leadership positions do not have any conflicts of interests.

In regards to using wind turbines on reservations, I am not so much against it as I am skeptical that an environmental justice and or ecological issues arise years after negotiation. Van Jones implies that there will be tradeoffs and risks taken to ensure the greater good in this process. The advantage in this case is that it’s supposed to lift people out of poverty. The question becomes how do we decide who takes the risks and who bears the effects?
In explaining green enterprises, Van Jones makes a good point about not letting there be a sort of green apartheid where one community has access to the green economy while the other does not. Simply, not supplying one community with jobs that have a longer lifespan while the other does not. He suggests that we should take steps toward making this green market a free market economy to counter the existing monopolies within certain industries. If we have this we could potentially bring back jobs to declining industrial cities like Cleveland, Detroit, and Indianapolis. The idea of lifting people up happens to be a reoccurring goal that he mentioned in both talks.

In a manner, Van Jones was passing the torch. He challenged my generation to make a decision as to whether life for future generations would continue on or call game over. He believed that it was possible for our generation to fight the fire because of our sense of connectivity on a physical and virtual level as well as our access to information. He urged us to become a generation to remember by banning together and rejecting past pedagogies that have been perpetuated by the media and government. He told us to experiment, lead, and reach out to everyone.

While I agree with this, its much easier said then done.  We can lead the movement, but it has to be a collective effort on everyone’s part. One part of the equation is education and making this message be incorporated into our schools. If this is not successfully done then our generation will be in the same spot as those that preceded us. Also, everyone who is older cannot simply just give up. Older citizens still bear influence in their positions of power and cannot simply shrug off their responsibility because it is too much.

While we are a generation who is interconnected we also are a generation that have witnessed the testimonies of our parents and are not that far departed from their ideologies.  From simply talking to people who have different ideologies than me and even some who seem to be in denial, it is hard to find a common ground. In that sense, I think that we run the risk of a sort of elitism developing within the movement that could turn people from doing their part. Van mentions a diversifying population posing an even greater challenge. In that sense, I think that it is clever to try and appeal from an economic perspective because everyone seems to seek a better life through this point.

In summary, while many of the points he covered were important they were also steps to solutions that I have heard before. In that sense, I left the talk not necessarily informed but some of my own views reaffirmed and a much needed motivation.