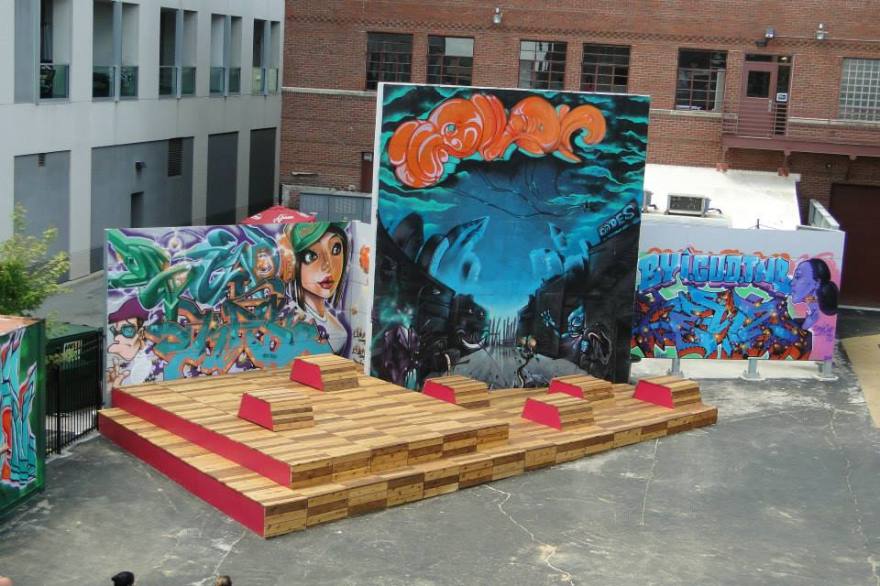 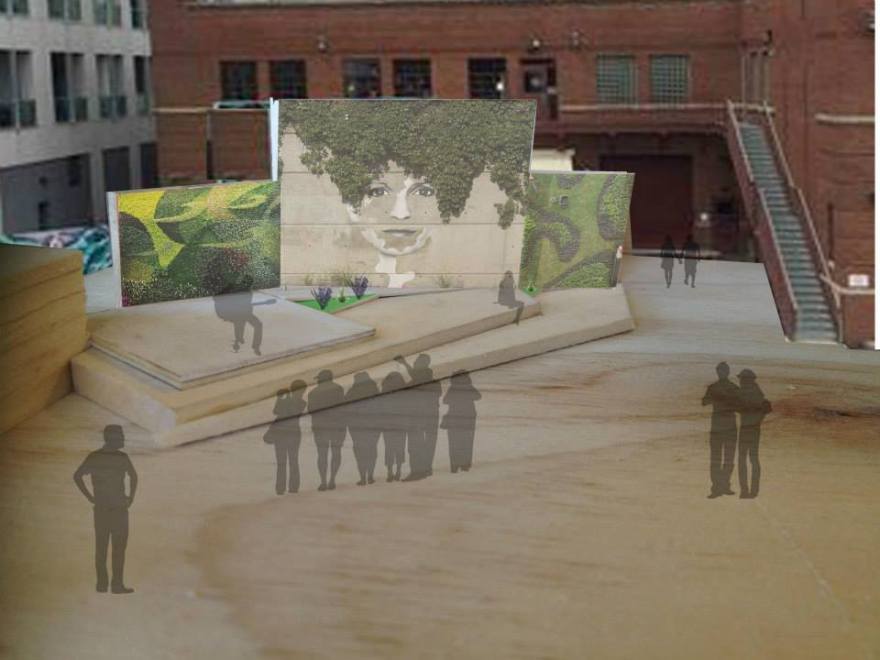 Over this summer (2015) I was required to take a service learning course that taught us the how to design and build a project for a client. This particular project was just one step in a larger master plan geared towards transforming a underutilized courtyard (previously a fire fighter training yard)for the Des Moines social club. The Des Moines social club hosts many outdoor events during the summer ranging from plays, live art/graffiti exhibitions, and music performances and most pressingly needed a multi-functional stage. We took on their request and went a step further by providing them with a structure that functioned as a stage as well as provided a place to meet up, sit, eat, and socialize.

The overall form was highly influenced by the prominent, pre-existing angles of the concrete graffiti walls currently serving as its backdrop. We really worked to resolve the strange angles, sight lines, and circulation issues that it created by making a straight edge across the front apron of the stage. We also entertained the idea that the seating modules would be 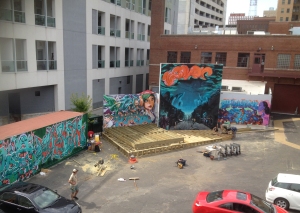 something that seamlessly emerge from the platform. The side paneling fashioned in fuchsia painted hardy board ( the color based on the clients logos) served as an additional pop of visual interest from the east and west elevations as well as from atop the box theater at the south end of the courtyard. The decking was constructed out of oak lumber and was staggered and stained in a range of three colors, clear, medium, and dark.  The framing was constructed out of green treated timber and consists of three load bearing walls under the stage and 16″ on center joists from east to west. The hidden connections primarily nails and bolts while the visible connections were made from all stainless steel screws.

Some interesting challenge that we faced were leveling out a the framing so that its could rest soundly on a doubly warped plain; keeping the decking’s spacing even throughout while resolving strange angles created by the wall, and  lastly the fickle Iowa weather. For example, this included working in sweltering and humid 90 degrees in the direct sun one minute then a colossal downpour thirty minutes later. But, despite the odds my classmates and I worked hard measuring, measuring again, then cutting; staining, sanding, nailing, screwing, and caulking until we had our finished project. We just hope the city of Des Moines and the Des Moines social club enjoys this as much as we did creating it. 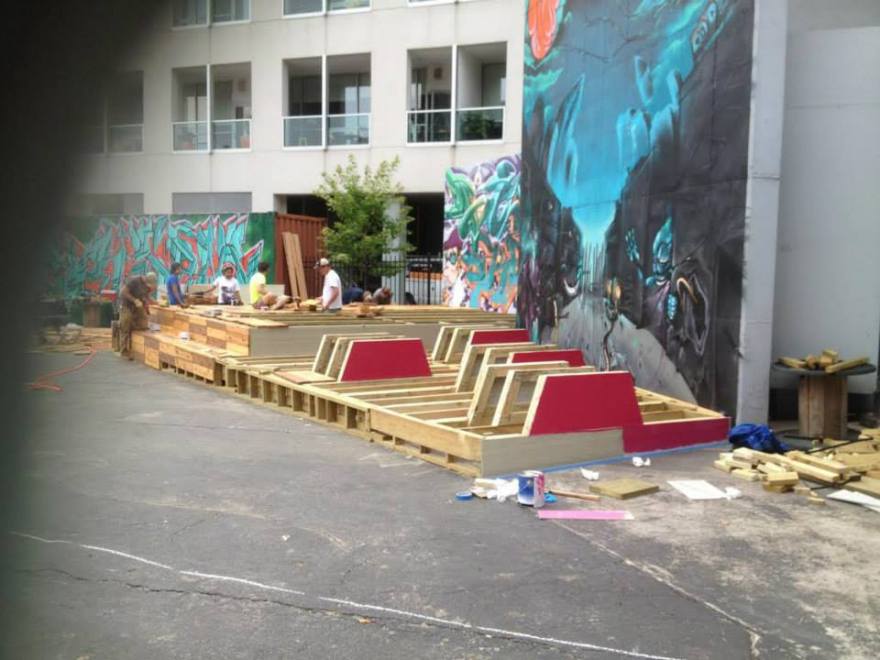 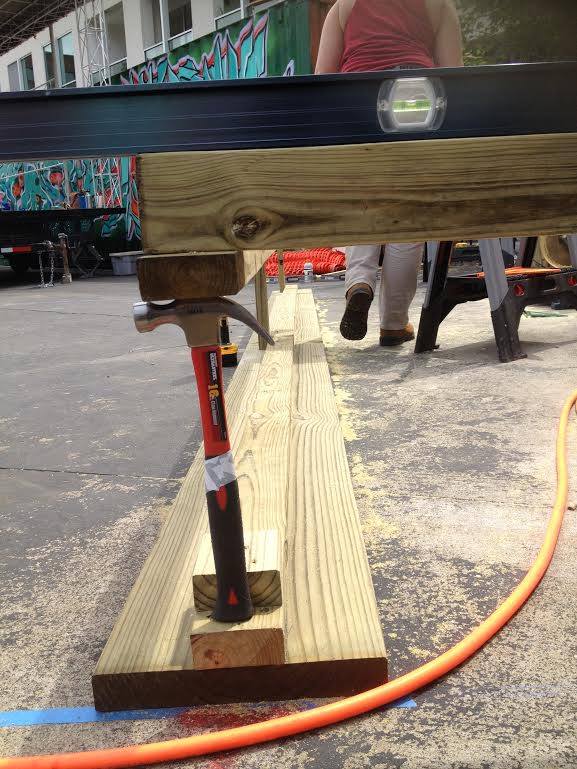 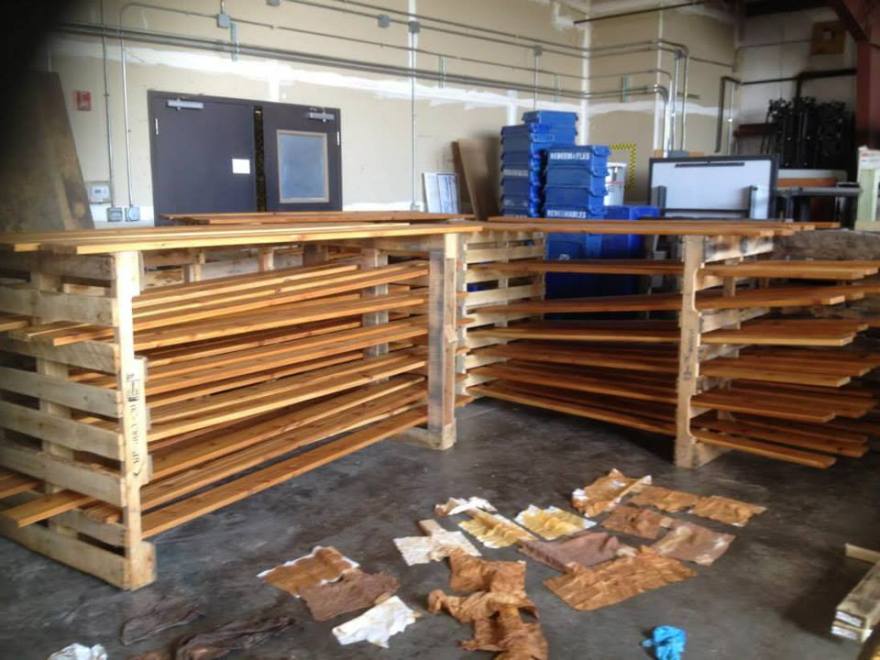 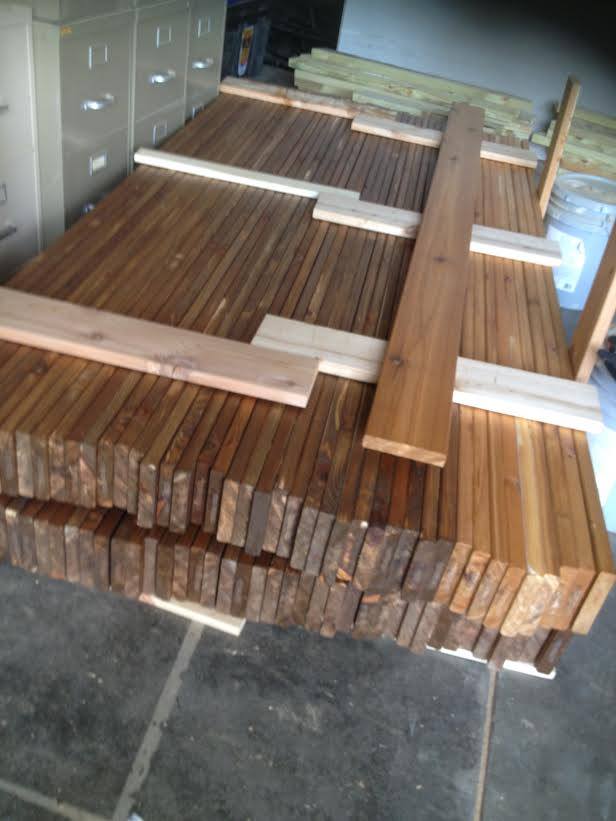 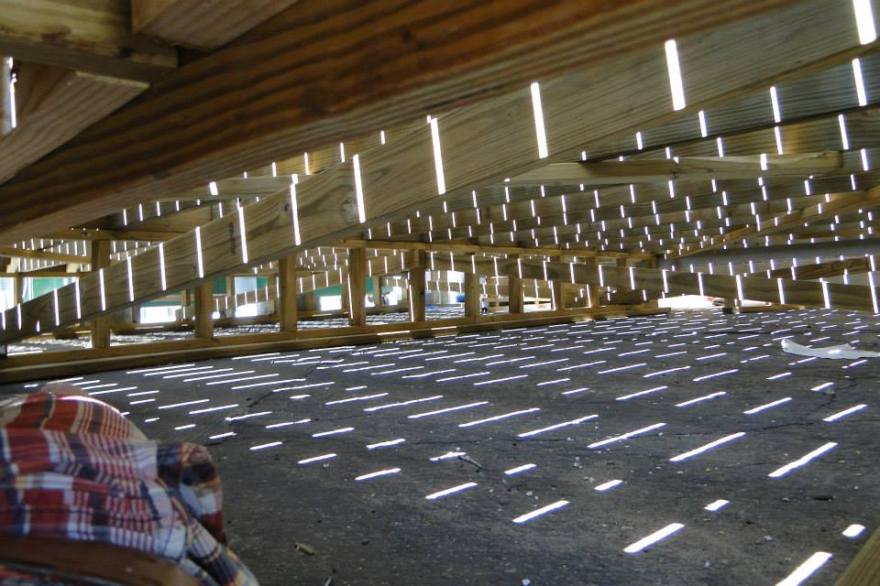 Then once it was completed the fun began! 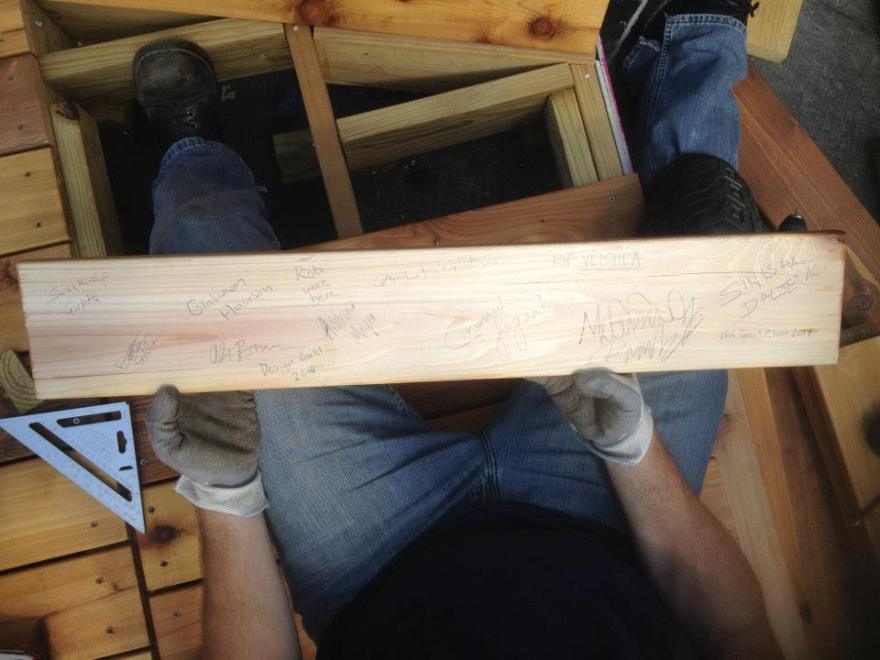 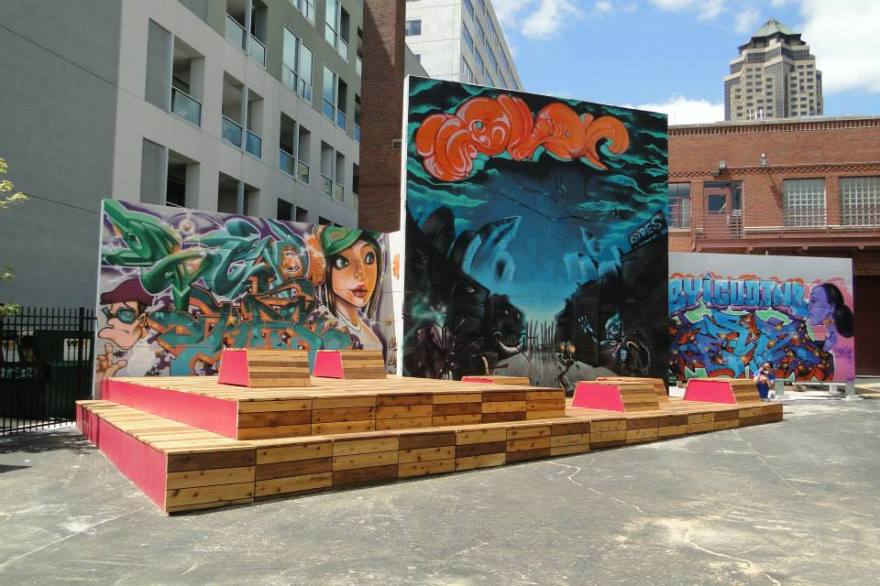 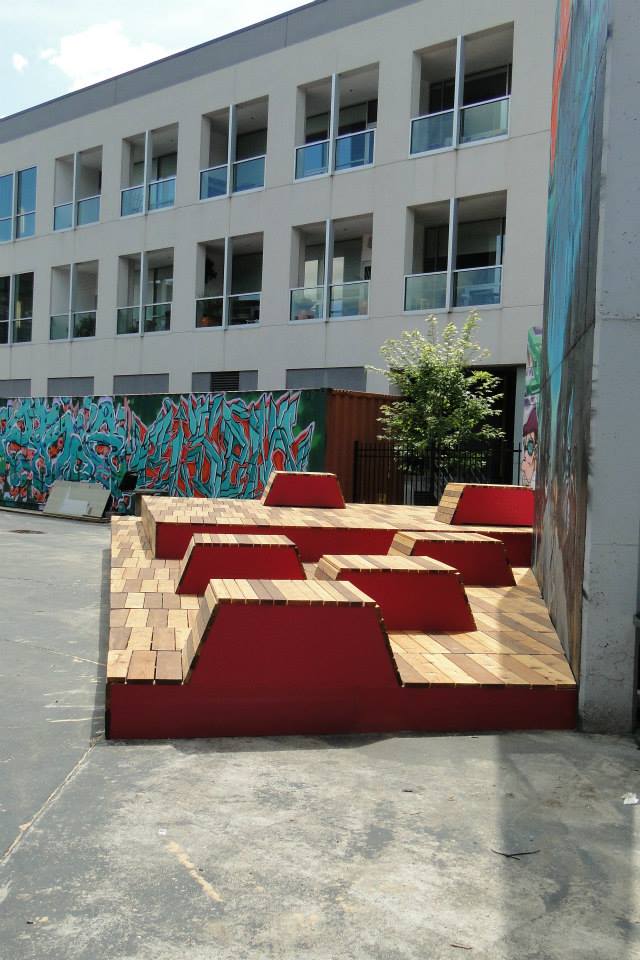 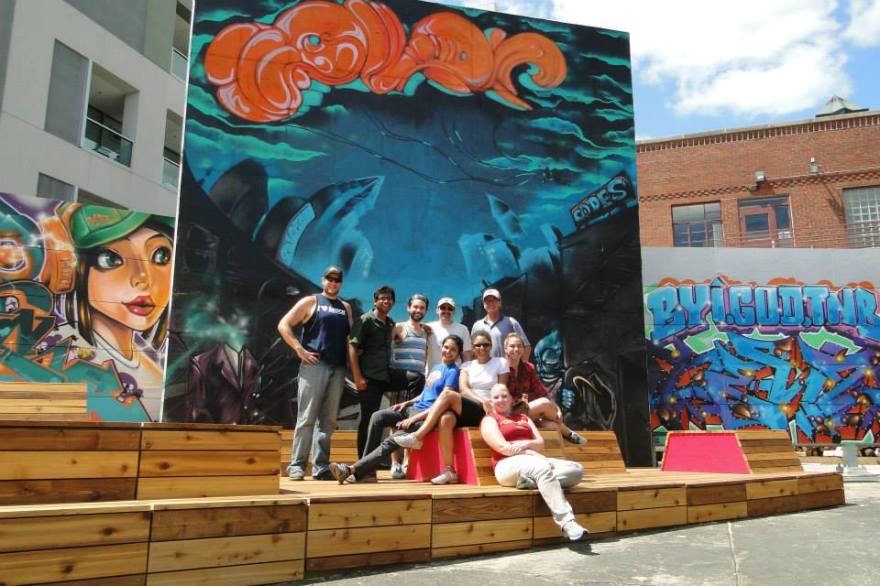 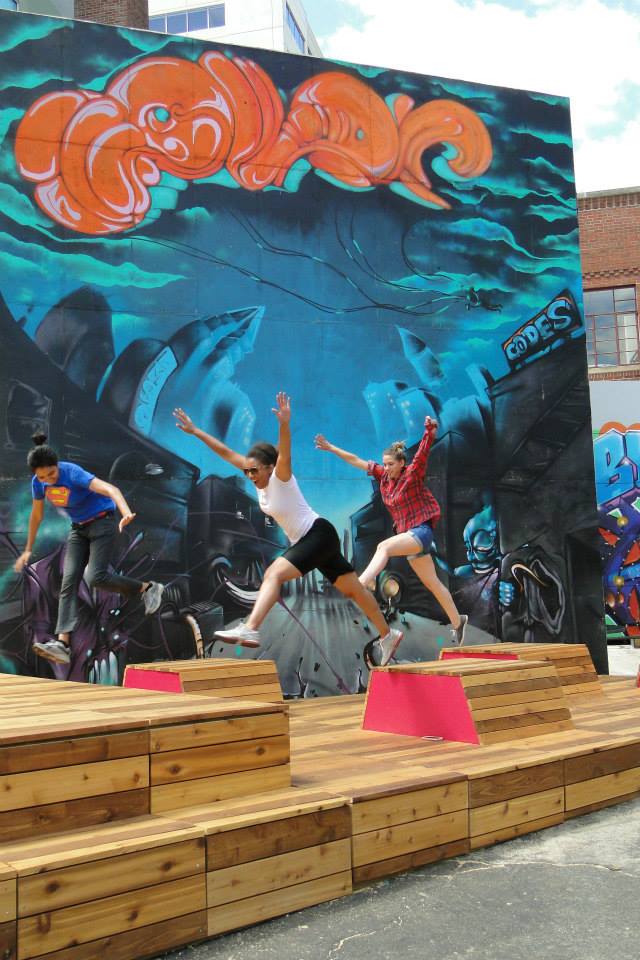 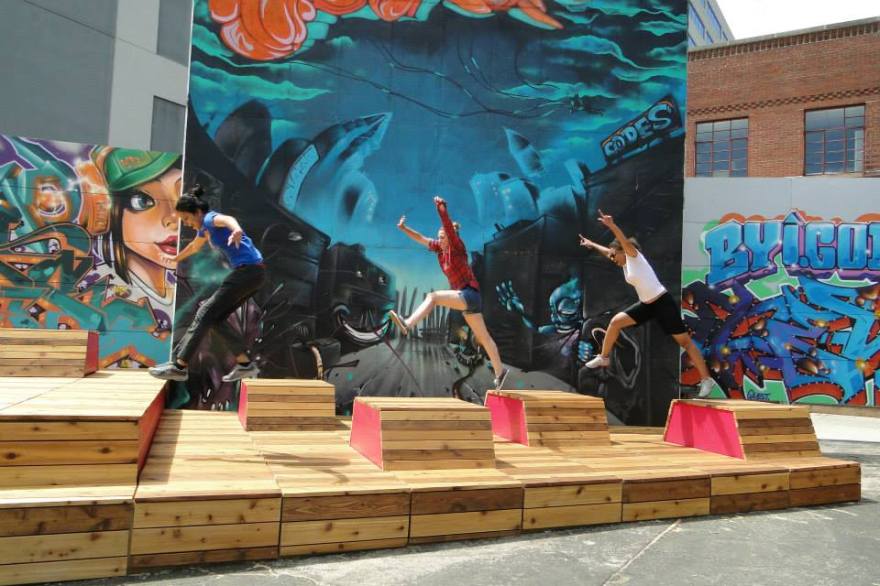 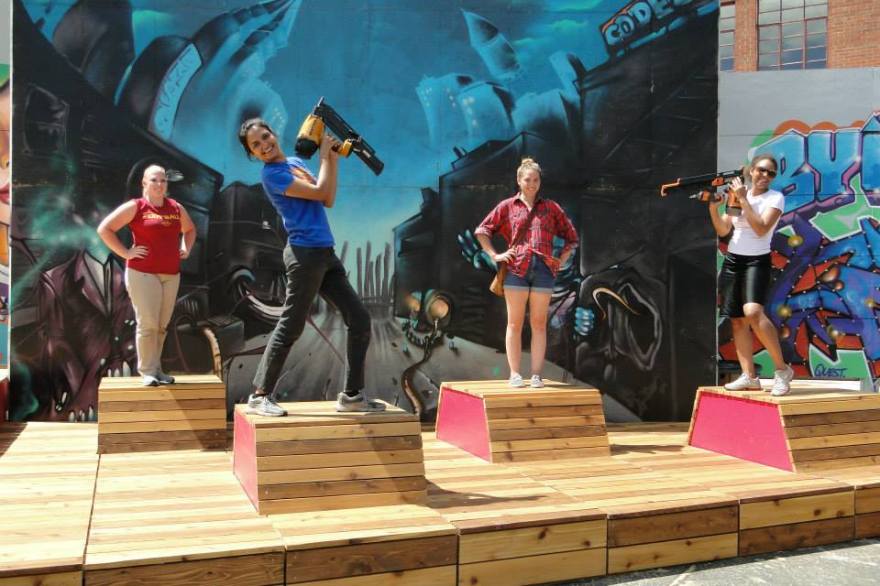 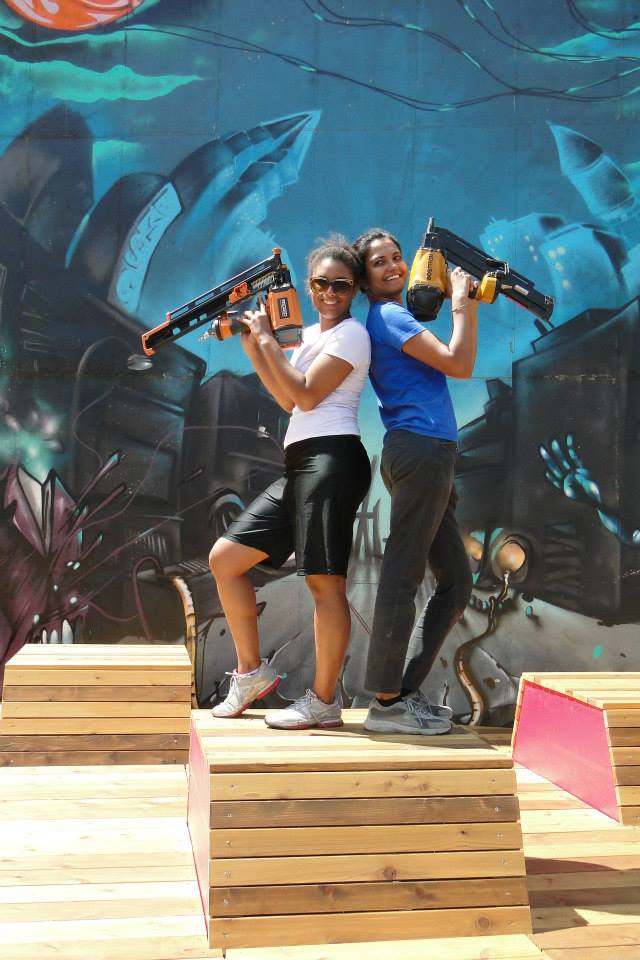 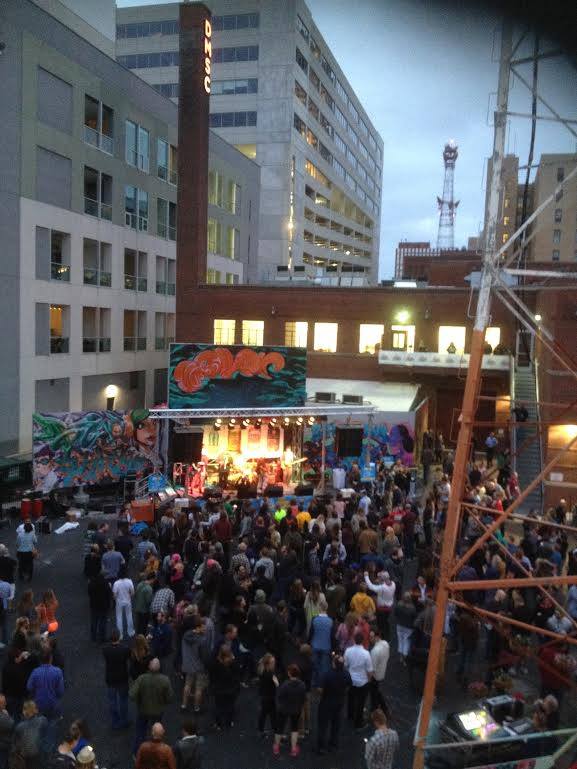