In the first part of this post, I had mentioned that when I started architectural grad school my very first assignment for my studio course was to create a sculptural installation for Franconia Sculpture Park in Minnesota. Along with three of my classmates, we designed and built this piece called Apertures in 3 weeks. Three of those days were spent getting to know the artist in residence, helping out with a festival, and installing our work.  Today, I’m sharing some shots of  our stay in this whimsical place. Enjoy and visit if you have a chance because it is a really interesting place. 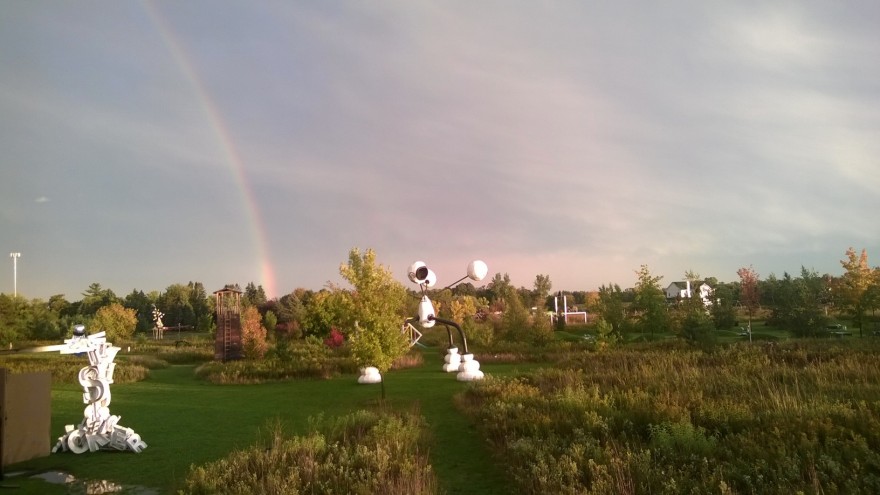 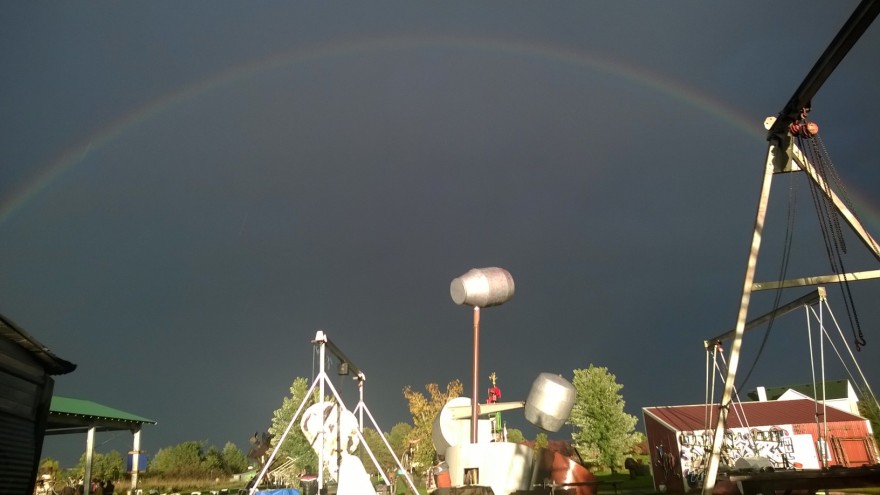 The beginning of my graduate program in architecture was intimidating to say the least. The very first day of our studio course my professor at the time sort of brushed over the introductions and got down the knitty gritty asking all of us about our skill sets because unbeknownst to us, we were about to embark on a pretty high level project. The initial intimidation, surely noted in our fidgeting, stemmed from two factors.

To give a little more context about the demographics of the program: There were a  total of eight of us of with 4 men and 4 women. There were two international students, 2 students with design backgrounds, one person making a career change, and the rest of us with experiences ranging from ceramics, environmentalism (me), and economics.

Nonetheless we were told that we would be embarking on a unique opportunity, one that was usually reserved for those that had to go through the bells and whistles of applications process and portfolios. That is, we would be providing two sculptural installations for Franconia Sculpture Park in Minnesota. Side note, the artist residency and internships that they offer seem like very promising experiences that I would recommend checking out if you are looking for a communal living and collectives.

Through a lot of process work and generating ideas we ended up designing a piece that was inspired by a zoopraxiscope, an early type of projector which cast images from rotating glass disks in rapid succession to give the impression of motion. We envisioned creating a giant one in which visitors could interact with and spin and change out images themselves. But due to a few factors that project became simplified and eventually we started focusing on the concept of vision restriction and framing and light. We eventually came up with this form that intermingled all three of these concepts. While its is not the most interactive sculpture, from within it, it does change the way that the park is experienced.

I’ve included some shots of our final work as well as some images from the construction and design process. 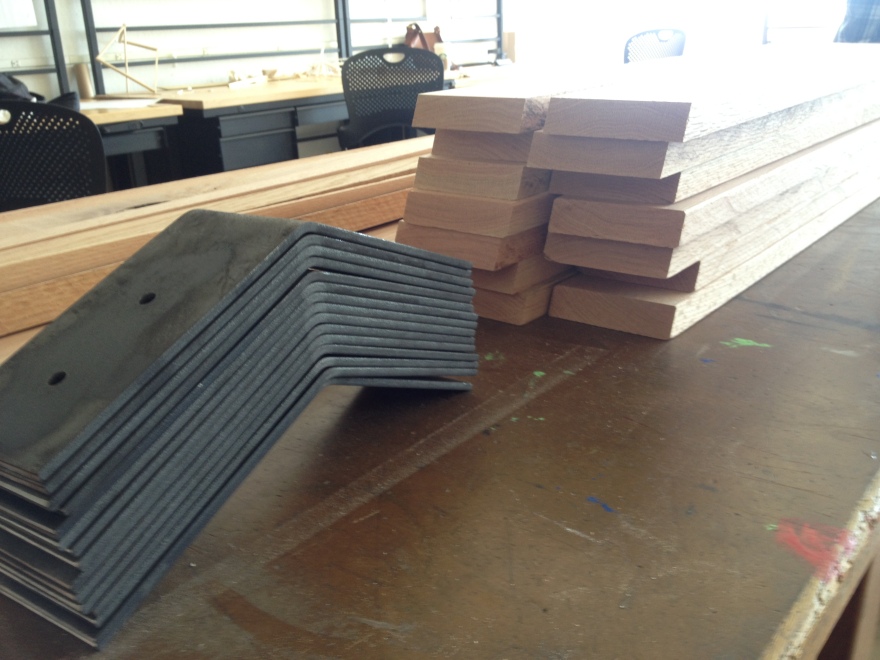 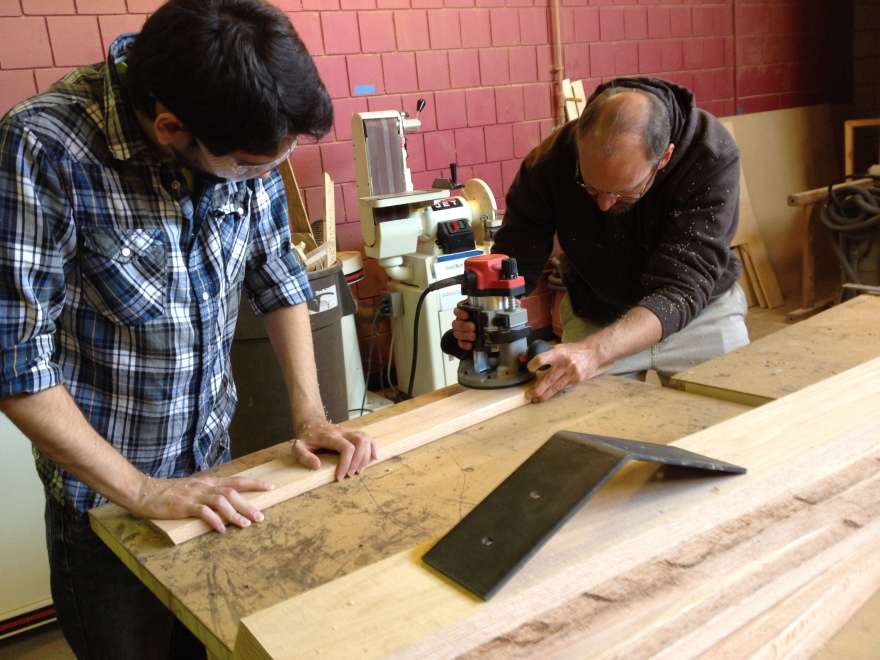 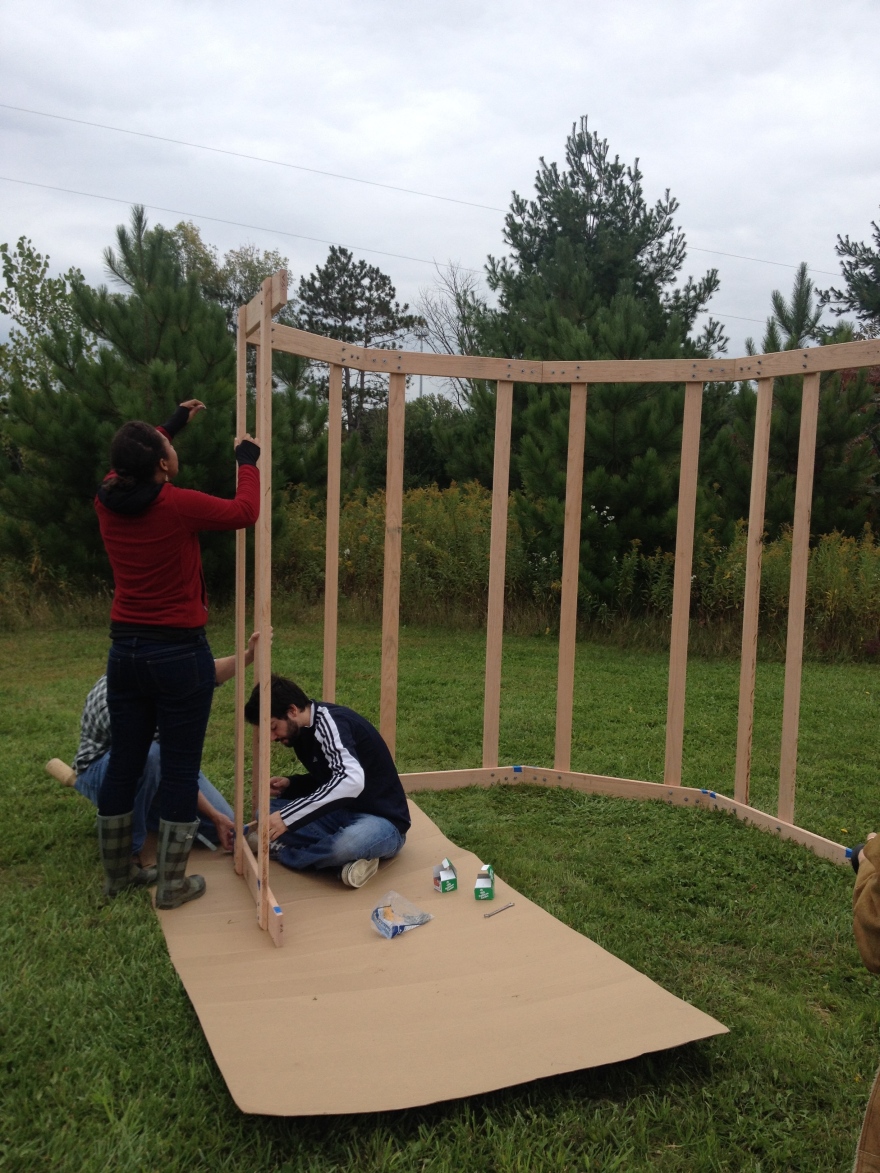 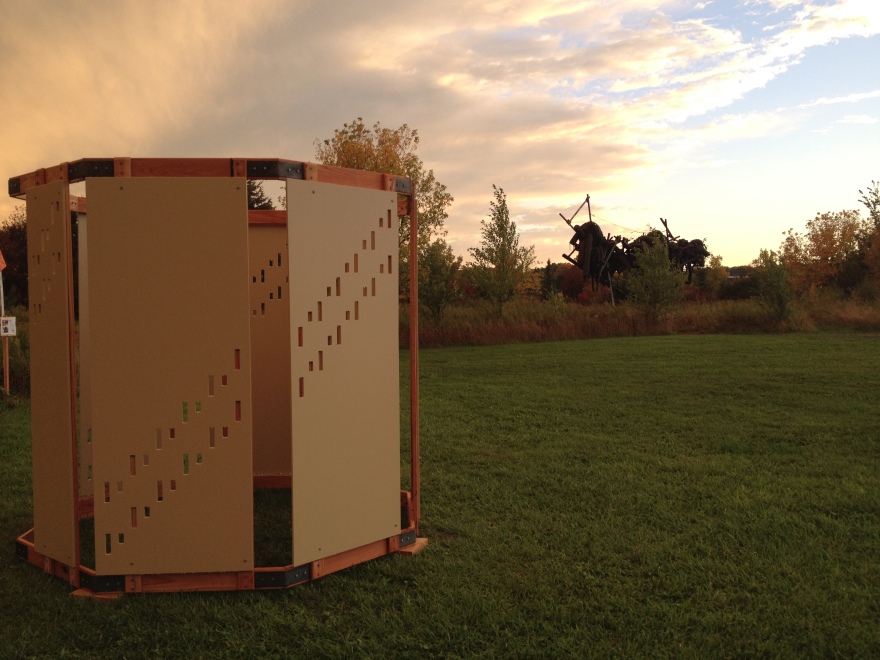 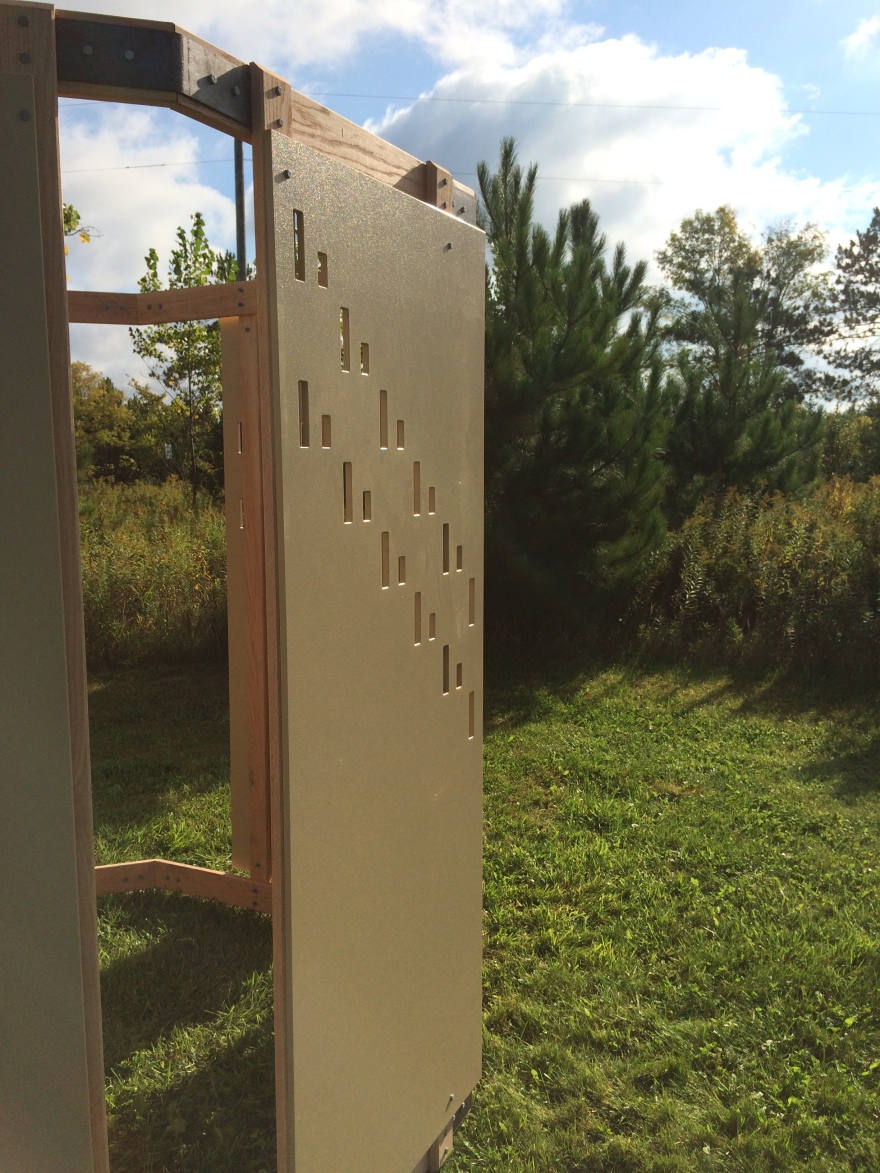 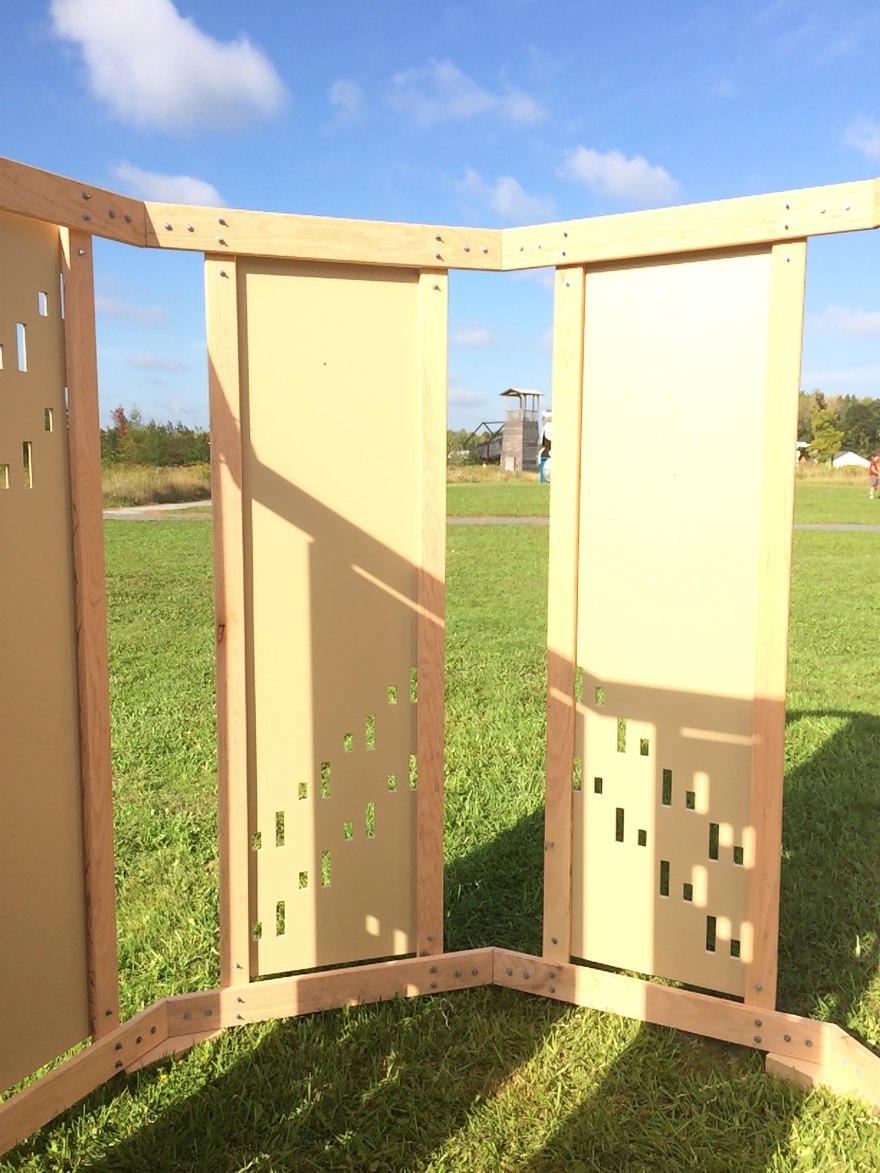 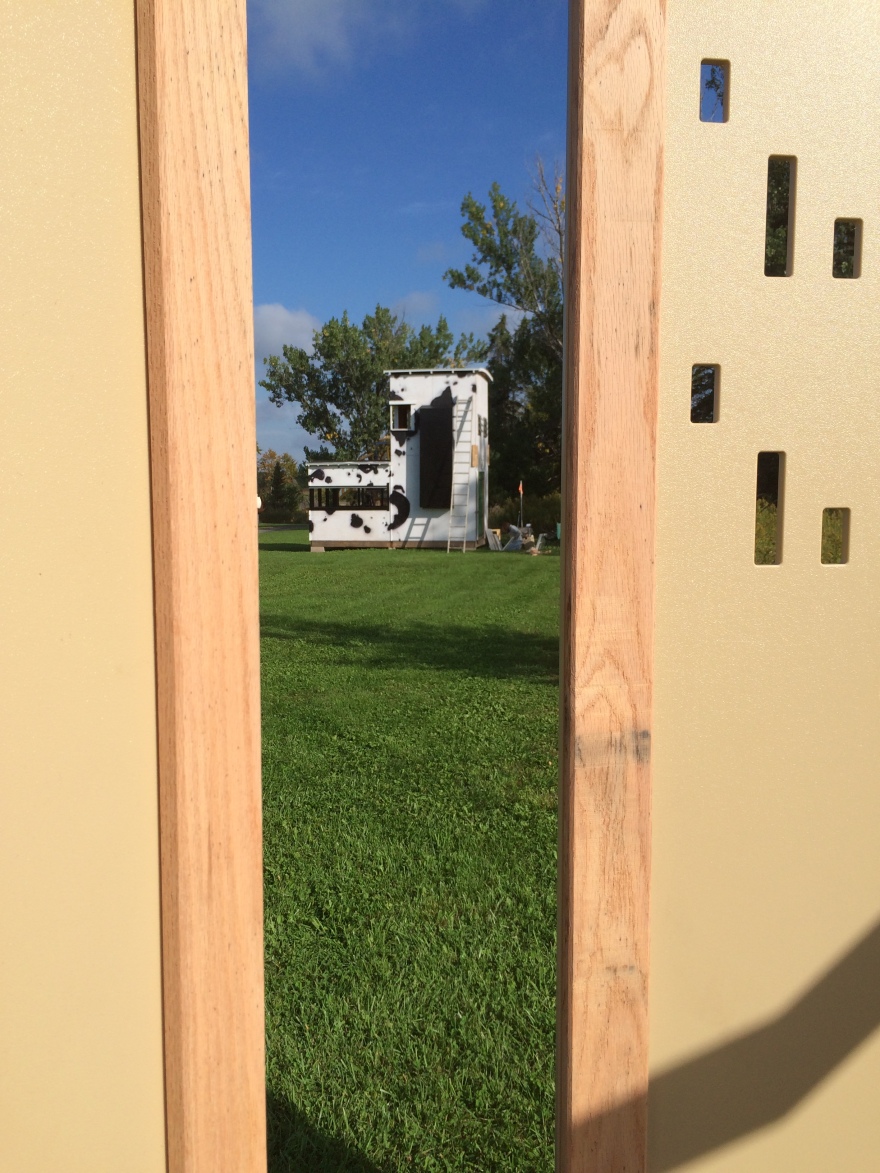